There has been discussion recently at dcijudge-l and other places about the proper penalties in two-headed giant matches. In 2HG matches, only one game is played per match. This means that a Game Loss actually equals a Match Loss and this is considered too hard a penalty for many rules infractions that warrant the former.

This got me into thinking: What if we replace the current system of Game/Match Losses with a deduction of points from the player’s or team’s current tournament record? A Game Loss could equal a deduction of one point, while a Match Loss would mean a deduction of three points. Such a system has several advantages, but also disadvantages.

I think that some of the disadvantages could be solved by “falling back” to the old system in situations where this is necessary.

I am not sure whether such a system is feasible, but it’s at least an interesting thought experiment.

Yesterday we received a mystery parcel from Hewlett & Packard at work: 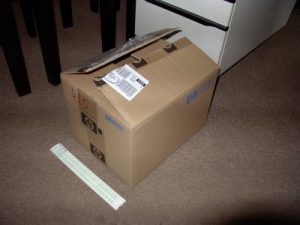 Today we opened it. Inside we found two layers of styrofoam and beneath them we found another, smaller package: 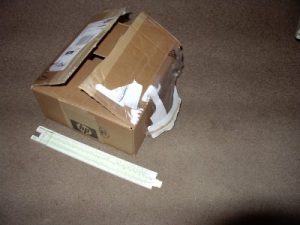 Well, we were beginning to get curious. When we opened the small parcel, we found … lots of paper stuffing. But well hidden inside it, we found this: 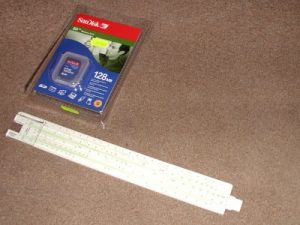 And here is the package that HP used to ship us a 128MB memory card in all its glory: 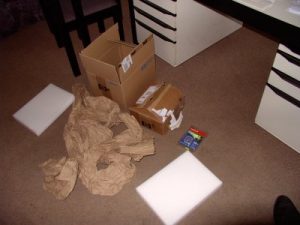 Well, yesterday I posted a picture of the new Pro Player cards that will be included in each Ravnica tournament pack. It seems that Brian David-Marshall’s article Collect ’em All! was sneak-edited and now contains a link to another page that contains more pro player pictures: 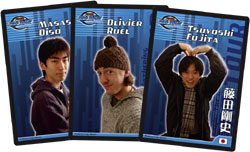 Only that in the meantime in the latter picture the image of Fujita has been replaced by a less ridiculous looking picture of Kai Budde: 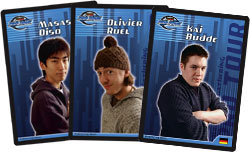 Oh my god, what a horrible idea: 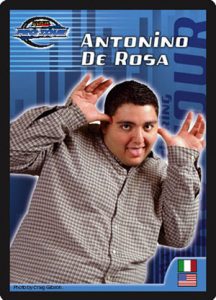 Why not give us something useful, like token cards? But I guess there needs to be some Pro Tour marketing …

I’ve had the chance to try out the new multiplayer rules with my play group. Let me start by saying that I love the new two-headed format! While there are certainly still some kinks that need to be worked out, the fast pace and necessary coordination between team members are really enjoyable. That said here are a few problems that I forsee for other multiplayer formats, especially emperor: